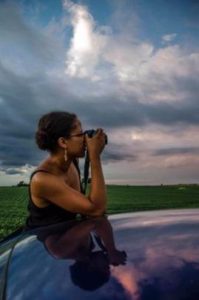 As knowledge about our atmosphere and its various phenomena progresses, the frontier of research will be at the interfaces: within the atmosphere, at the various time and space scales that weather occurs; and between the atmosphere and the things, and people, that it interacts with.

My atmospheric research interests span the formation and inner workings of various convective cloud systems across the tropics and mid-latitudes, with a focus on how they organize on various size scales and how they are impacted by changes in their surroundings. Complimenting my scientific interests, I am passionate about science communication and policy, especially around high impact, hazardous weather such as hurricanes, tornadoes, mid-latitude cyclones, and mesoscale convective systems. I am very interested in finding ways for the physical and social sciences to better work together to inform decisions at all levels of life, while bringing in as many perspectives as possible. 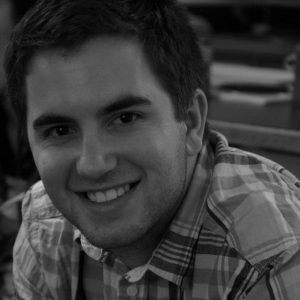 Jeff came to the University of Illinois at Urbana-Champaign to pursue graduate studies in Atmospheric Sciences in Fall 2015. Prior to graduate school, he attended the University of Washington where he obtained a B.S. degree in Atmospheric Sciences with a concentration in Meteorology. Jeff has participated in a wide-range of research projects pertaining to 1) diesel particulate matter and coal dust emissions from rail traffic, 2) neutral wind and temperature verifications of the Global Ionosphere-Thermosphere Model (GITM), and 3) entrainment and detrainment calculations for simulated deep cumulus convection in the Indian Ocean. During his first year as a graduate student, Jeff was a Teaching Assistant for an introductory meteorology course and served as a radar scientist in the Doppler on Wheels (DOW) during OLYMPEX. Jeff’s current research focuses on the multi-scale mechanisms governing convective organization during the passage of the convective envelope of an MJO observed during the DYNAMO field campaign.